Many people with hyperhidrosis choose to explore BTx as an alternative to surgery. It is generally considered to be a non-invasive treatment for excessive sweating. For those who undergo this treatment, the medical professional will basically inject the BTx into the skin within the armpits. It is also possible to receive the BTx as a topical solution, but this has shown to be much less effective than the injections for most people. BTx has also been used for sweating of the hands and feet, but is usually more effective for armpit sweating. BTx binds to the nerves that are in control of sweating within the skin. The BTx penetrates the glands in the underarms and will block the release of chemicals that cause perspiration.

There are several benefits to using BTx to help combat excessive sweating. One good thing about using BTx for the treatment of hyperhidrosis is that it only requires a simple injection rather than a surgery. This means that the patient will not need to be given anesthesia. The process is performed quite quickly, and the patient will be in and out of the medical facility very quickly and able to go back to work immediately. For some patients, BTx treatments have been shown to decrease sweating by up to 80%. Another advantage of using this form of treatment is that it is generally considered to be quite safe.

The disadvantage of using BTx to treat hyperhidrosis is primarily a gradual wearing off of the toxin requiring the patient to attend, initially, between 6 to 8 months for topup.

Whilst the costs of this treatment are not inexpensive and will over the long term require yearly treatment, it will be far cheaper and less invasive than conventionally surgery.

In a few cases the treatment has been shown to cause increased sweating, for example the palms of the hand. 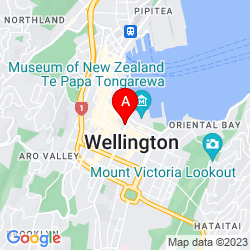 We are located at
30 Taranaki Street in
Wellington, New Zealand